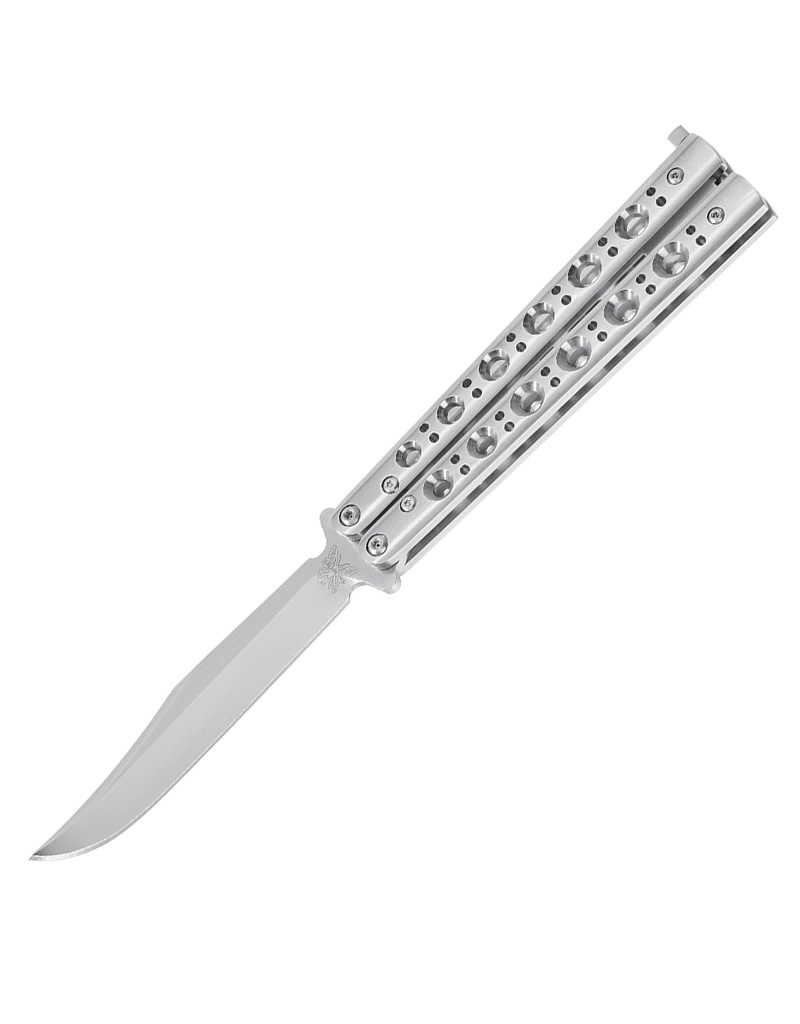 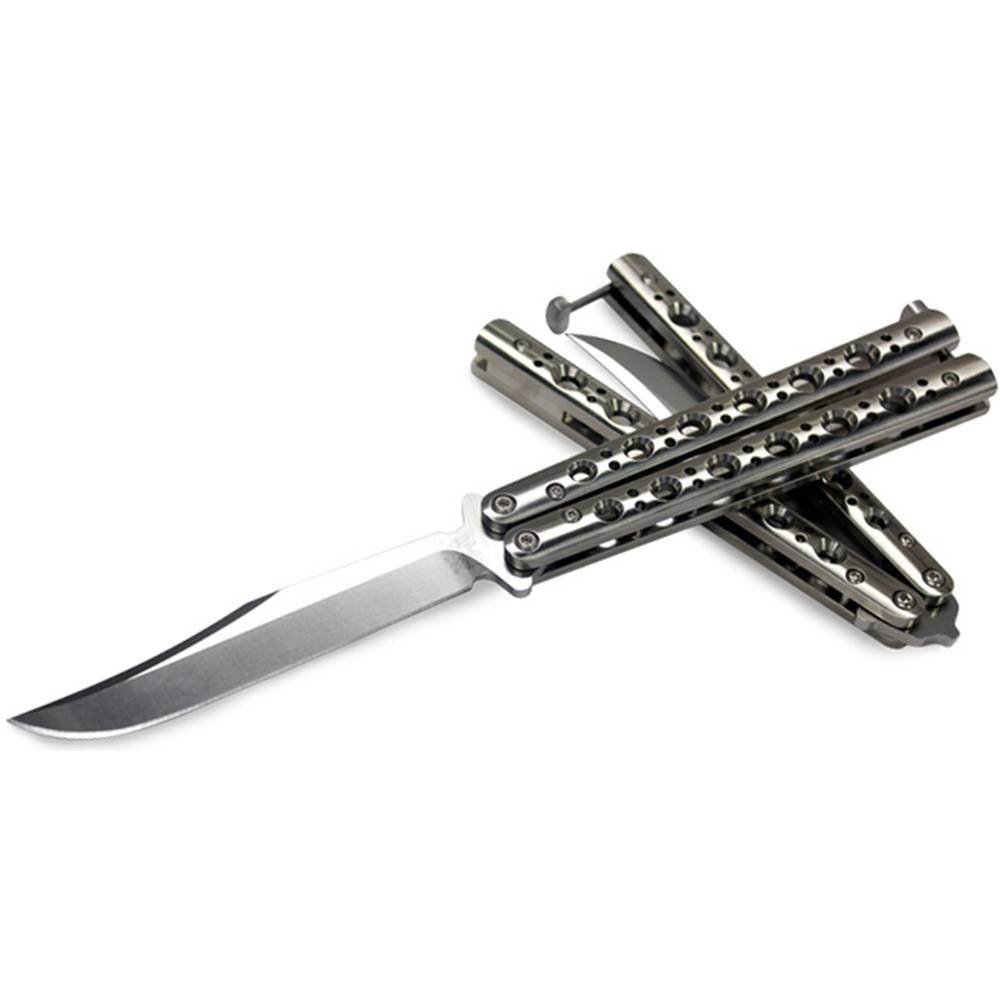 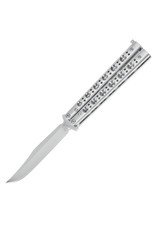 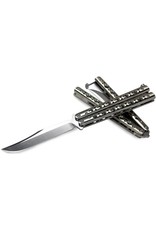 Introducing the Benchmade Model 63 - the Bowie version of the 62 Balisong. Similar to the discontinued model 43, this clip point brother is the same overall knife as the 62 and 67 with a more classic blade shape. This Bowie measures in at 4-1/4" and made from D2 steel, it's one devastating cutter. Every other specification of the knife is the same regarding materials, function, and weight so if a Weehawk or Recurve Tanto blade isn't for you or if you want something more classic looking, you can't go wrong with a Model 63.

The best is born of history and tradition or as is the case with the Benchmade 62 Balisong, reborn. For us, the best began with the Balisong, the butterfly knife awesome in its simplicity, the ultimate example of form following function. And now we retrace those steps with the Model 62 with its numerous appreciable improvements. For starters, the Wee-hawk style blade is secured to the handles with screw-head pivot-pins, making the possibility of changing out blades a reality, and the pins are heat-treated and larger than previous ones. The handle latch uses a torx-head pivot-pin attachment as well, so it may be removed if preferred. Another nice feature is the skeletonized cast stainless steel handles which are very tough and weighted for better balance. The handles feature a T-latch lock with more pronounced contour for improved grip. As for the blade itself, we've extended the false edge farther back up the blade as was done on the traditional Wee-hawk designs. So if you're already a Balisong fan from way back, you'll definitely be pleased with the Model 62. Or if you're just looking for the ultimate in basic form and simple function-this is it.

Add to wishlist / Add to comparison / Print
By using our website, you agree to the use of cookies. These cookies help us understand how customers arrive at and use our site and help us make improvements. Hide this message More on cookies »