Alfred Woelbing started making Carmex by hand, pouring the medicated lip balm into the now classic jars in his kitchen in an attempt to remedy his cold sores. He sold it the old fashioned way, visiting pharmacies one by one.

The operation grows, as Alfred sold Carmex Classic Lip Balm from the trunk of his car. Only World War II can slow the sales, with the Army buying up lanolin - a key ingredient in Carmex - to grease equipment and prevent rust.

Production grows with a positive word of mouth, and Carmex becomes too big for Alfred's kitchen. In 1957, Carmex moves to Wauwatosa, WI, a suburb of West Milwaukee.

This is the last decade of hand pouring Carmex. With production steadily increasing, Carma Labs outgrows its Wauwatosa facility and moves to its present factory location in Franklin, another Milwaukee suburb, where mechanical pouring is introduced.

A banner decade for Carmex. Since 1999 pharmacists have ranked Carmex the No.1 recommended over-the-counter lip balm brand year after year, according to a survey done by Pharmacy Times magazine. Our Click Stick applicator with SPF 15 was introduced to the public.

Business is booming. Carmex is available in all 50 states, Cherry and Strawberry lip balm flavours are introduced and a 2008 appearance on Oprah spreads the news that Carmex has sold more than one billion jars. 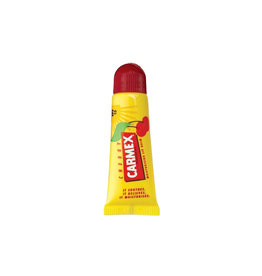 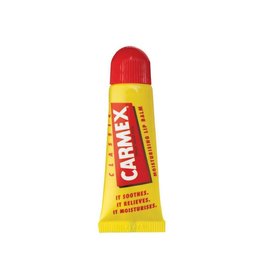 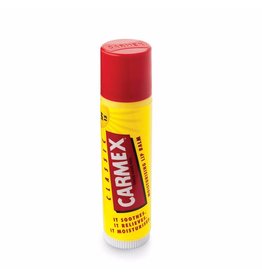 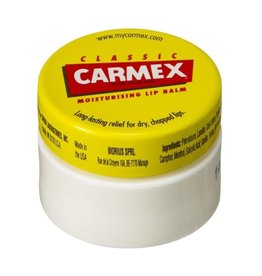 Provides long-lasting protective barrier to help healing.
Add to cart
Carmex Original Jar
R60,00
By using our website, you agree to the use of cookies. These cookies help us understand how customers arrive at and use our site and help us make improvements. Hide this message More on cookies »