Beginning in 1997, Jeff Randall and Mike Perrin started down the path of changing the way the survival and wilderness industry did business. Having become frustrated with the endless amount of exaggeration and hype often associated with “survival” gear and training, they started Randall’s Adventure & Training to bring realistic tools and knowledge to the consumer. Working under contract with the Peruvian Air Force’s “Escuela De Supervivencia En La Selva” (School of Jungle Survival), also known by the acronym ESSEL, they introduced many clients to the art of jungle survival in the vast Peruvian Amazon jungle.

After several years of operating in South America, they brought their training stateside and added a sister company that produces high quality field grade knives and gear. One of their first designs was the RTAK made by Wicked Knife Company in Arkansas, then later produced by Ontario Knife Company. They also introduced the Laser Strike that was built by TOPS Knives. After spending 5 years designing the RAT line of knives for Ontario, they formed their own knife company named RAT Cutlery with Rowen Manufacturing in Idaho Falls producing their line. The name was later changed to ESEE Knives to avoid confusion with the Ontario produced RAT line of knives. While most all of their current line is now produced by Rowen, Jeff and Mike still design for other companies, such as the Blueridge Knives’ Avispa and Zancudo folders and Ontario’s Model 1 and Model 2 folders. 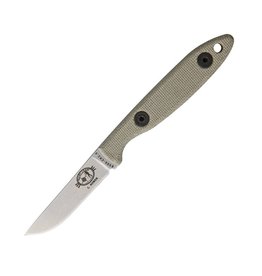 Designed by Terrill Hoffman, the ESEE-CM6 is the joining of Tactical & Practical making this new knife at home in the American forests or the battlefields around the world. The 5-7/8" drop point blade of the CM6 is sized to complete the hardest task witho
Add to cart
ESEE CR2 Cody Rowen Design Leather Sheath
R2.225,00 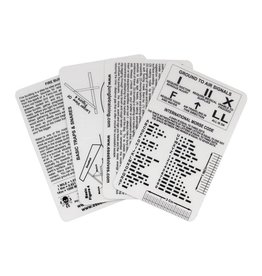 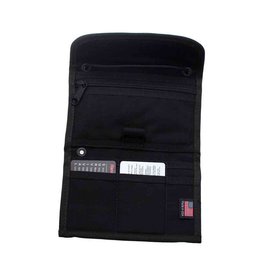 These tri-fold passport cases have multiple pockets inside for a passport, credit cards, driver’s license, USB drive and a pen holder. The case closes securely with a large strip of Velcro. A secure zippered pocket with hidden money flap is inside as well
Add to cart
ESEE Passport Case with Izula Gear Pen - Black
R1.615,00 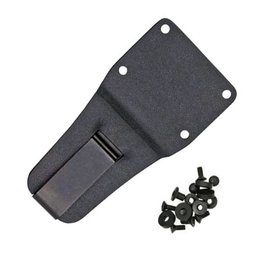 ESEE-5/6 molded sheath clip plate with the upgraded, stronger metal clip. Clip plate and four attachment screws included.
Add to cart
ESEE Clip Plate for Esee 5/6 Sheath
R355,00
By using our website, you agree to the use of cookies. These cookies help us understand how customers arrive at and use our site and help us make improvements. Hide this message More on cookies »