It took just two years from the original idea to launch the Handpresso Wild (now known as Handpresso Pump), an innovative breakthrough in mobile espressos. With its portable espresso machines, Handpresso truly revolutionised the espresso market, to the delight of its inventor. As a great espresso lover on the move, he wanted to be able to travel with an espresso machine. Going against the tide of the most famous brands, he was looking for simplicity and together with his R&D team, managed to reach a 16 bar-pressure manually. This let him prepare a tasty espresso on par with the best espresso machines. With the Handpresso Wild, officially launched in January 2008 at the Show in Milan, Handpresso became the undisputed leader of the portable espresso. Matching its slogan ‘Espresso Anywhere’, Handpresso is used in all situations and throughout the world! Distributed in more than 50 countries, Handpresso machines are now enjoyed by 300,000 users and brand afficionados worldwide. Its original and stylish design was recognised in France and worldwide. Thus, the Handpresso won 7 major international design prizes, including IF 08 in Germany, l’Observeur 08 in France, Formland2008 in Denmark and Going Green 2009 in the US.

With Handpresso AUTO, the first espresso machine specifically designed for the automotive world, Handpresso has caused another revolution. Now car trips are punctuated by espresso breaks which become genuine moments of pleasure. 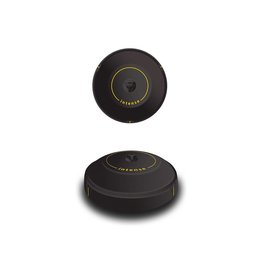 The Handpresso intense portafiler slows down the infusion of your handpresso pump, increasing the extraction of the aromas.
Add to cart
Intense Portafiler
R355,00
By using our website, you agree to the use of cookies. These cookies help us understand how customers arrive at and use our site and help us make improvements. Hide this message More on cookies »