Spyderco was founded in 1976 by Sal and Gail Glesser. Initially, the company focused on selling our first product—the Tri-Angle Sharpmaker™—primarily at fairs and trade shows around the country.

In 1981, the Glessers put down roots in Golden, Colorado and introduced the first Spyderco folding knife. That knife pioneered the concept of a round hole in the blade for one-handed opening, a clip on the handle for carry at the top of the pocket, and the option of a serrated edge for aggressive cutting performance. Those features revolutionised the knife industry and literally defined the form of the modern folding knife.

Since then, Spyderco has steadily grown to become one of the leaders in the cutlery industry. In addition to a worldwide distribution network and manufacturing resources in the U.S., Japan, Taiwan, Italy, and China, our innovation has also earned us an impressive portfolio of patents, trademarks, and industry awards. More importantly, it has allowed us to earn the trust and loyalty of countless thousands of dedicated knife users around the world—an audience to whom we are extremely grateful. 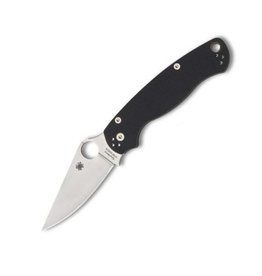 The Spyderco Paramilitary 2 is one of the most popular knives on the market today, and it makes total sense. Great materials, comfortable ergonomics, reliable build quality, attractive aesthetics, and easy one-hand use all contribute to the astonishing po
Add to cart
Spyderco Para Military 2 C81GP2
R5.050,00 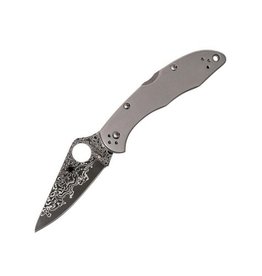 If you’re looking for the ultimate expression of the classic Delica design, look no further. This dramatic new knife combines the beauty of a Damascus blade with the refined elegance of solid titanium handle scales. Its flat ground blade features a core o
Add to cart
Spyderco Delica 4 Titanium Damascus C11TIPD
R5.115,00 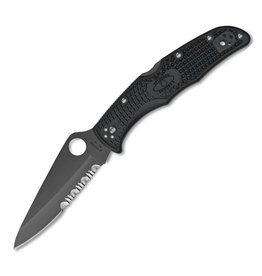 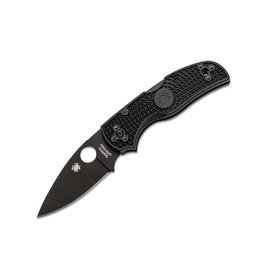 This Native 5 has a lightweight black FRN handle and a full-flat ground, black DLC coated premium stainles steel blade with a plain edge. The handle on the Native is patterned with two separate finger choils. The first choil, where the blade and handle me
Add to cart
Spyderco Native 5 Lightweight Black Blade C41PBBK5
R3.255,00 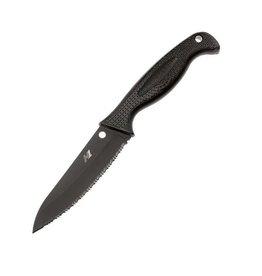 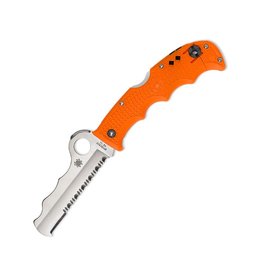 Spyderco named this knife after its principal job function, to Assist. The Assist was designed for emergency/fire/rescue professionals (and for the well-equipped civilian) who rely on their knives to function flawlessly under pressure. 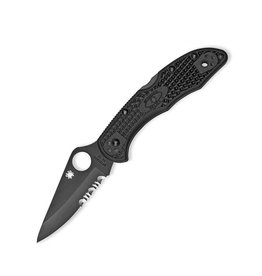 This Spyderco Delica 4 knife has a flat saber-ground VG-10 stainless steel blade that is black titanium carbonitride coated and partially serrated. The handle is black FRN. 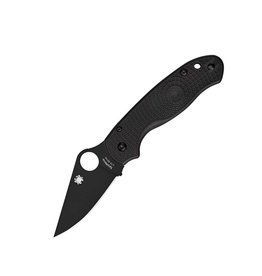 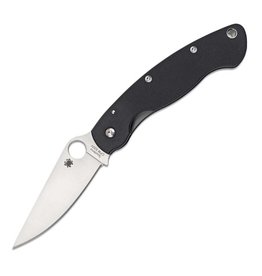 A cornerstone in Spyderco's Save and Serve line up, the Military Model came about after someone asked Spyderco's owner Sal Glesser, "If your son were going into the military what folding knife would you send him with?" For certain, it had to meet the requ
Add to cart
Spyderco Military Plain C36GPE
R5.910,00 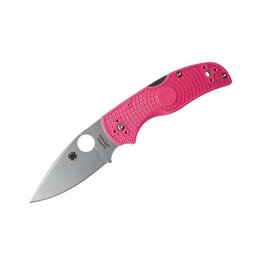 This Native 5 has a lightweight pink FRN handle and a full-flat ground S30V steel blade. The handle on the Native is patterned with two separate finger grooves. The first groove, where the blade and handle meet, allows positioning the index finger closer
Add to cart
Spyderco Native 5 Lightweight Pink C41PPN5
R3.100,00 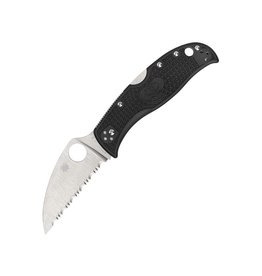 When you hold a Spyderco knife in your hand you know you are holding quality. Each Spyderco knife is backed by more than 30 years of research and development to find the right steels and handle materials. All Spyderco knives have been ergonomically design
Add to cart
Spyderco RockJumper C254SBK
R2.325,00
By using our website, you agree to the use of cookies. These cookies help us understand how customers arrive at and use our site and help us make improvements. Hide this message More on cookies »