The Zippo timeline begins in the early 1930s, at the Bradford Country Club in Bradford, Pennsylvania.  Mr. Blaisdell watched a friend struggle awkwardly to use a cumbersome, Austrian-made lighter.  Mr. Blaisdell noted that the lighter worked well, even in the wind, due to the unique chimney, but the appearance and design was utilitarian and inefficient.  The lighter required the use of two hands to operate and its thin metal surface was easily dented.

In late 1932 Mr. Blaisdell decided to reconstruct the Austrian lighter.  He fabricated a small rectangular case and attached a lid with a hinge.  He preserved the chimney design which protected the flame.  The result was an attractive lighter that was easily operated with one hand.  The name “Zippo” was created by Mr Blaisdell.  He liked the sound of the word “zipper” so he formed variations on the word until he settled on “Zippo,” which he felt had a “modern” sound. 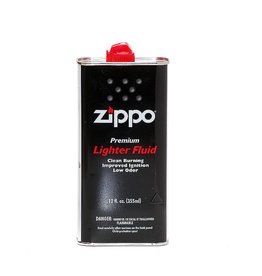 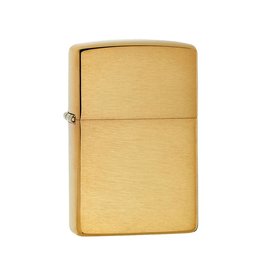 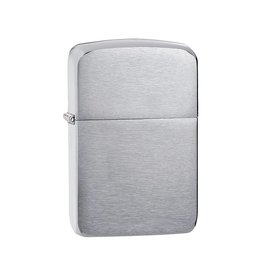 Brushed Chrome. Case has flat planes with sharper, less rounded edges where the front and back surfaces meet the sides. Lid and the bottom are joined with a four-barrel hinge.
Add to cart
Zippo Brushed Chrome Finish - 1941
R535,00 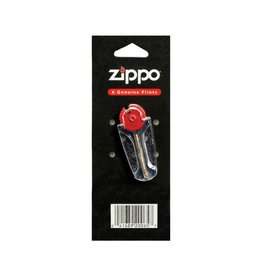 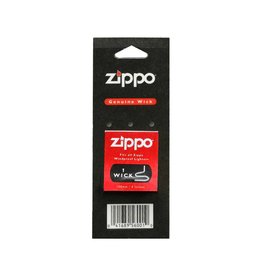 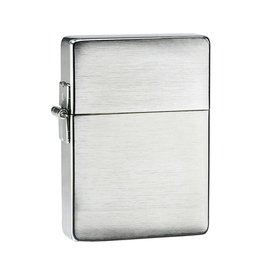 Brushed Chrome. Three-barrel outside hinge joining the lid and bottom. Open hollow rivet that secures flint wheel to inside unit.
Add to cart
Zippo Replica W /O Slashes - 1935
R740,00
By using our website, you agree to the use of cookies. These cookies help us understand how customers arrive at and use our site and help us make improvements. Hide this message More on cookies »