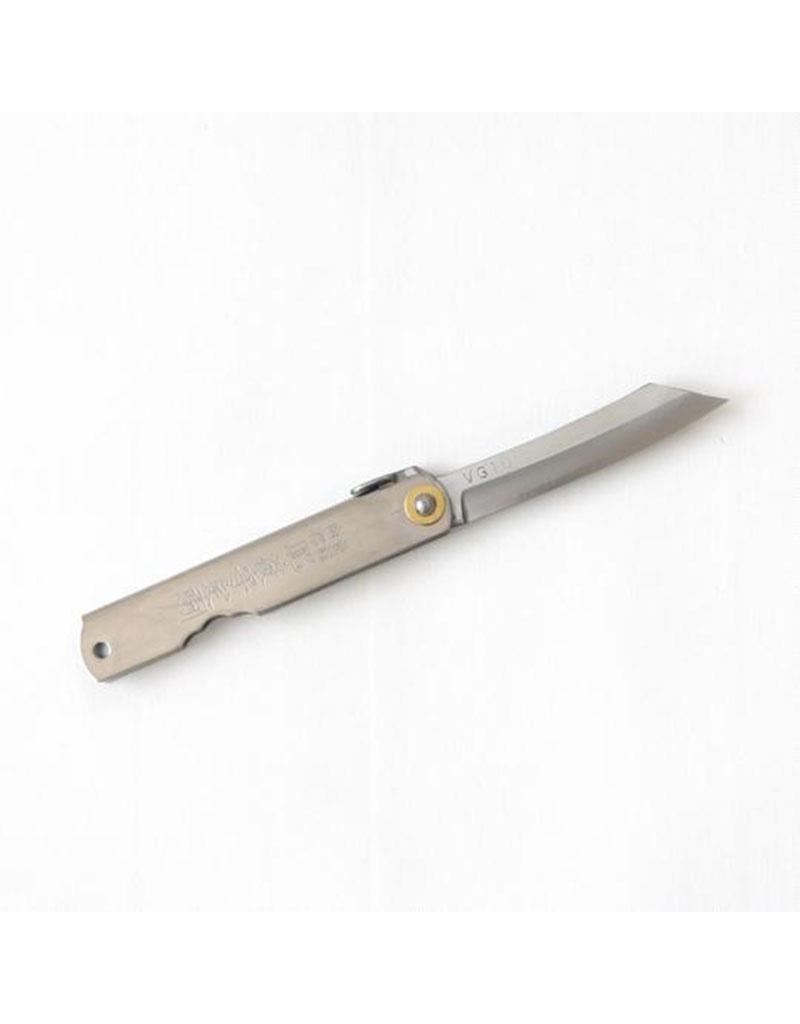 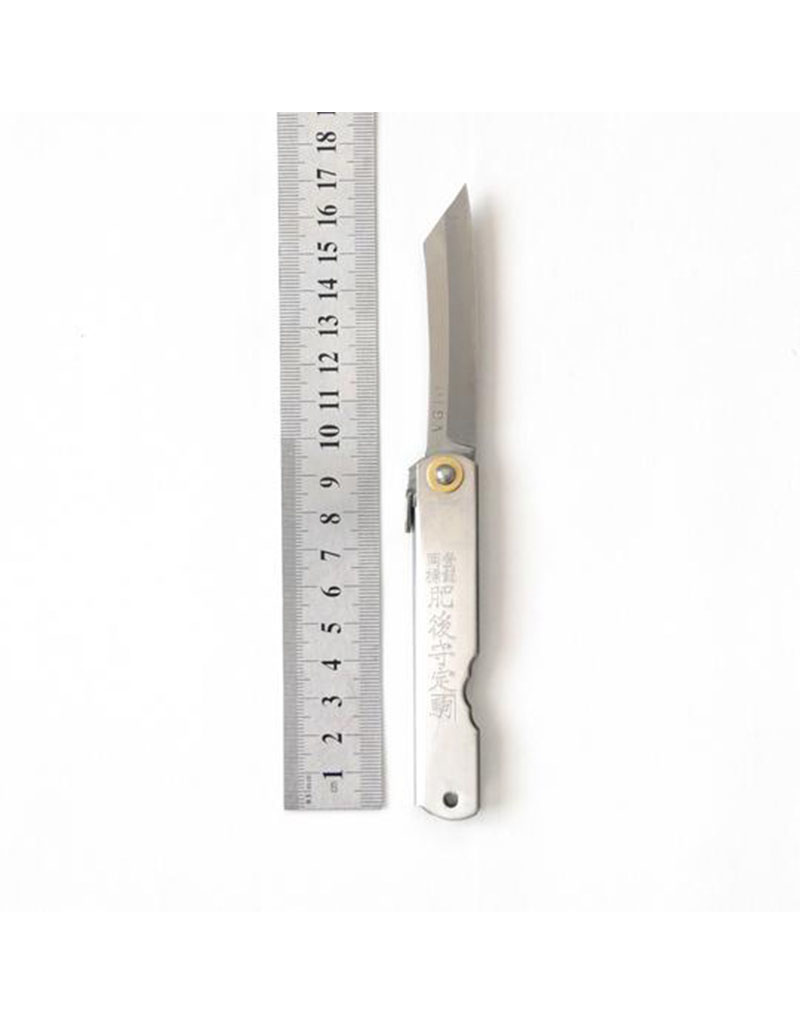 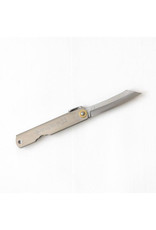 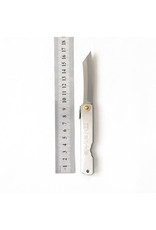 Higonokami have a long history dating back to 1896, as a small blade which could be manufactured by bladesmiths who lost business due to the ban on samurais carrying swords in public. They became very popular as an every day knife for Japanese people of all ages, but in 1961 another ban on carrying them to schools and other public places in Japan reduced their popularity. Albeit on a smaller scale, to this day they are still being manufactured in the same way and with the same materials as more than a century ago.

PLEASE NOTE: although this is a VG-10 knife, it is best to keep it clean and dry as you would a carbon steel knife to prolong its lifespan. Keep the knife in good shape by wiping the blade and handle regularly with a mineral oil, like camellia oil.

NAGAO KANEKOMA FACTORY was established in 1894 by Komataro Nagao in Miki, now part of Hyogo Prefecture. With its twin city Ono, the Banshu region was known for cutlery and steel tool production. It became one of the manufacturers of higonokami shortly after establishment. The official guild of higonokami makers at one stage totalled forty members, but now Nagao Kanekoma Factory is the only one left. It is currently managed by the fifth generation blacksmith Mitsuo Nagao.